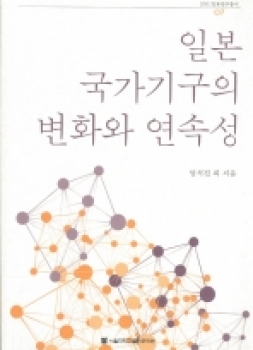 Change and Continuity of the Japanese State Apparatus

As an institutional foundation fo the state, state appratus has been regarded as one of the decisive factors of the "stateness." The institutional characteristics of the state apparatus have influenced on public policy orientations as well as organizational structures in the public sector of the state. That is why the analysis of the state appartus has been considered as a way of understanding the idiosyncratic characteristics of the sate. In this vein, the purpose of this book is to analyze the changes and continuity of Japanese state appartus after the end of the World War II from the multiple theoretical perspectives such as pluralism, elitism, individualism and Marxism. Methodologically, the first two chapters are based on the Marxist and individualistic models analyzing macro/longitudinal changes of the Japanese state appartus and the following two chapters carry out case studies of the state appratuses in the field of nuclear power energy policy and administrative reform respectively. The final chapter covers theoretical discussion and future research agenda on the state appartus and public bureaucracy in Japan. This application of multiple theoretical models and the mixed methods is expected to shed new light on the various aspects of Japanese state apparatus and to provide policy implications to improve government capacity in Japan. Furthermore, these implications from the Japanese case will contribute to research of the state apparus in Korea from the cross-national comparative perspective.
List